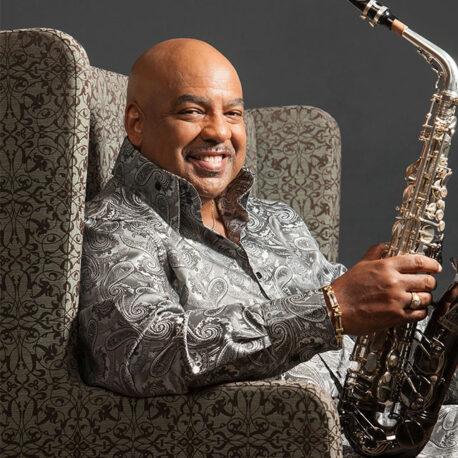 Born and raised in Los Angeles, Gerald Albright was already an accomplished saxophonist by the time he enrolled at the University of Redlands. A few months after graduating from college, he joined jazz pianist/R&B singer Patrice Rushen as a bass player. Playing both saxophone and bass, he became the consummate session and touring musician in the 80s, working with everyone from Anita Baker, Ray Parker, Jr., Atlantic Starr, The Temptations and Maurice White to Les McCann, Teena Marie, the Winans and Whitney Houston. He launched his solo career in the infancy of what became the smooth jazz format, with Just Between Us in 1987 and has been a core part of the genre with chart-topping albums, countless radio hits.