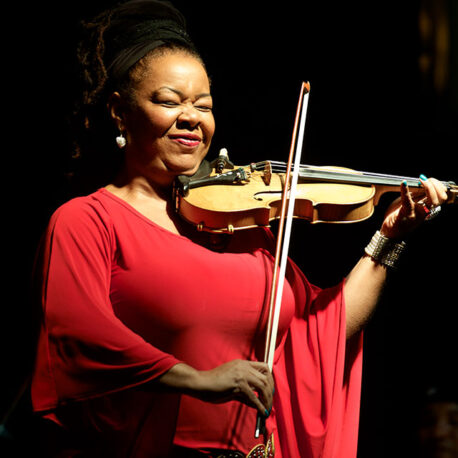 Karen Briggs, also known as the “Lady in Red”, is an American violinist. Born in Manhattan to a family of musicians, Briggs took up the violin at age 12 and committed to playing professionally at age 15. Briggs joined the Virginia Symphony Orchestra while still in college, but grew discontented with performing classical music and left the orchestra after four years. Since then, she has performed predominantly in the jazz and contemporary instrumental genres. Best known for spending thirteen years on tour with contemporary instrumental musician Yanni, Briggs received the “Lady in Red” moniker while featuring as a soloist on Yanni’s Live at the Acropolis tour. After parting with Yanni in 2004, she toured with other groups including the short-lived jazz fusion group Vertú. Briggs has performed at such locations as Carnegie Hall and the John F. Kennedy Center for the Performing Arts, and has performed or collaborated with Dave Grusin, Diana Ross, the Wu Tang Clan, En Vogue, and Chaka Khan.