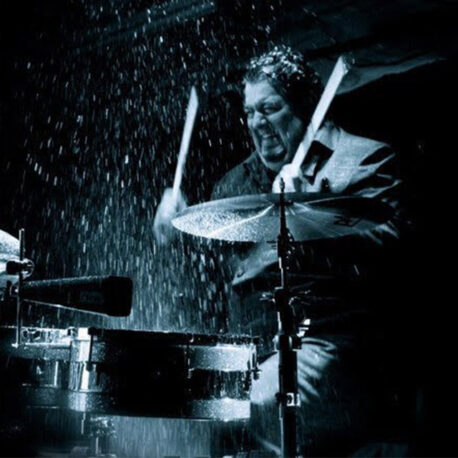 Oakland, California native Paris Escovedo has emerged to bring Latin back to the world of jazz. Paris has played timbales since he was a child. His first set of timbales was a gift from the great Tito Puente. He is a highly acclaimed musician in high demand. His trail blazing musical accomplishments range from performances with Grammy-Award-winning artists such as Bobby Brown, Lauryn Hill, David Cochrane, Silk, Speech, Angie Stone, Collective Soul, Pink, Shaun Mullins, Arrested Development.

Paris is the son of the late legendary percussionist Thomas “Coke” Escovedo from the band Azteca & Santana, who was a visionary responsible for ushering in Latin artists to the San Francisco Bay Area music Scene; artists such as, Tito Puente, Tito Rodriguez, and Celia Cruz to name a few. In 2007 Paris created “The Paris Escovedo Project” and recorded their first album. The emergence of the album launched a tour both in the United States and abroad at several of the world’s most revered venues and festivals. From the launch of the Project led him to create “The Paris Escovedo Band.” The new band has allowed Paris to unleash his music talents by bringing elite musicians to collaborate in the planning of his next album soon to be released.