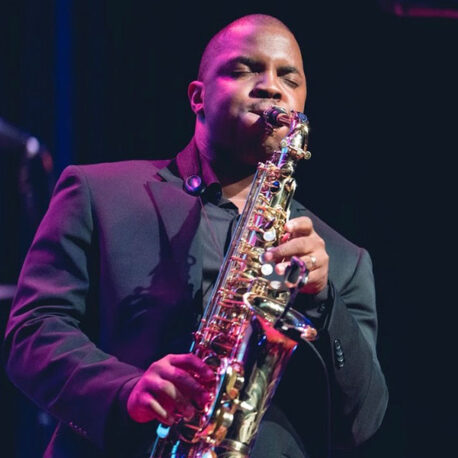 Tony Craddock, Jr.’s journey on saxophone began in sixth grade at the age of eleven in his middle school band program. “After years of listening to smooth jazz on The Weather Channel and around the house, courtesy of my father, I HAD to play the genre’s premiere instrument: saxophone,” says Tony. At age thirteen, his father connected him with a local gospel jazz saxophonist, Rob Maletick, who became Tony’s private instructor. Maletick, only in his early 20s, was already an accomplished recording artist. “Rob’s instruction really accelerated my learning curve on the saxophone,” says Tony. “Most importantly, he served as an example of what I could become if I continued to practice.” Tony’s list of musical influences expanded to include Kirk Whalum, Boney James, Charlie Parker, Ken Navarro, Pat Metheny, Robert Glasper, Anita Baker, Kirk Franklin, Tye Tribbett and Fred Hammond. Tony is a voting member of the Grammy Recording Academy (Washington, D.C. Chapter), as well an endorsing artist of the Fiberreed Carbon on alto saxophone. Tony believes his music has nothing to do with him, but rather the gifts with which God has blessed him.